Special thanks to Kris Vetter Tomes for the following post!
Charles John Huffam Dickens was born on February 2, 1812—which makes today his 205thbirthday!
Dickens started off as a serial writer, meaning he would write stories and novels broken up into chunks that would be published separately on a weekly or monthly basis. Due to this format, his works are highly episodic with regularly spaced cliffhangers. Publishing in installments also encouraged repeat readership and reduced the monetary threshold for poorer readers. Dickens quickly built a devoted fan base on an international scale.
Dickens’s work is highly autobiographical. Many of his characters were based on his own life and experiences, including Oliver Twist, who was the first child protagonist in Victorian literature. Dickens was also a staunch believer in children’s rights and a social commentator on poverty and crime, of which are well represented and explored in his stories and novels.
Check out some of Charles Dickens most popular works with Lerner Digital’s First Avenue Classics, a collection of the greatest works of classical literature.
A Christmas Carol: A Ghost Story of Christmas
(Includes the original 1843 illustrations by John Leech) 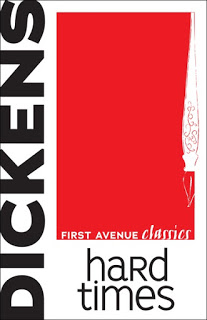 All six books are available in digital via LernerBookshelf and major retailers.

Going back to school? Staying home? No matter what