After eleven books together, two series, some picture books, and a harrowing Boston Marathon experience, I finally got to have lunch with Laurie Friedman.

Laurie and I first worked together about six years ago, when I jumped at the chance to edit #17 in her popular Mallory series: Oh Boy, Mallory. By that point, Laurie was already a master of Mallory’s fourth-grade voice and universe. So I stepped in eagerly and somewhat cautiously. My job was twofold: to help iron out and fine-tune the text, and to win Laurie’s trust as an editor—without being able to meet in person.
With Lerner located in Minneapolis, it’s not uncommon for us to work with authors we’ve met only through email and phone calls. But when I’m working with any author for the first time, and helping to shape something as personal as someone’s original stories, the virtual connection feels most significantly virtual as we get to know each other’s personality and preferences, without the cues of face-to-face contact or the context of in-person meetings.

Thankfully, Laurie seemed to give me the benefit of the doubt. Through enthusiastic emails and lengthy phone calls, we exchanged ideas on the nitty-gritty of Mallory’s motivations and storylines that felt most compelling and authentic. After we had worked through Mallory #17, #18, #19, and #20, I was so excited to help Laurie shape an older middle-grade novel series. The Mostly Miserable Life of April Sinclair came to life in the fall of 2013 with Can You Say Catastrophe? Our heroine, April, starts out as a thirteen-year-old who’s mortified by her family and just wants to be normal, with an endearingly snarky sense of humor and a firecracker of a grandmother to offer occasional, punchy wisdom. She’s my kind of kid.
And as I came to realize, there’s so much of Laurie in her. April’s spunk and humor certainly draw from Laurie’s personality. As we developed April’s character and voice over drafts and more phone chats, I learned about Laurie’s family, her childhood, her pets, her southern roots–and I heard plenty about the weather in Miami, where she lives. (Laurie, FYI, we’re getting snow flurries again here. No need to report on your weather today…) As we then worked through a second, third, fourth, and fifth book of April’s misadventures, Laurie and I shared more laughs, deep thinking, volleying ideas, and celebrating Laurie’s successes. She’s always a delight, but seeing her push herself as an author through this series was particularly a joy.
Cut to 2015. On April 20, I ran the Boston Marathon, a challenge I’d never before been willing to take on because it requires training through January, February, and March. Those are the coldest, darkest, snowiest months in Minnesota, so I joined a gym and logged substantial treadmill miles. I relied on the camaraderie of runner friends to make it through long weekend runs outside in 11 degrees and shorter runs after work in the pitch-dark of 6:00 pm. I brushed off eyelash icicles, which are actually a real thing. I studied the course to prepare myself for the infamous Heartbreak Hill. And then, after booking my ticket to Boston for the race, I booked myself a flight from Boston to Miami. After four months of winter training, I was going to the beach. (Race-day conditions of 40 degrees, chilling rain, and 20-mph winds made me thankful for the foresight.)

And, finally, while in Miami I was able to meet the talented author I’d been working with for years. I have to say, if Laurie ever wants to take a break from writing, she could run a side business as a tour guide. She texted me great suggestions for what to see and do, and by the time we met for lunch, she took stock of what I’d had a chance to cover and whisked me around to see even more of her tropical city. (Luckily, by that point my post-marathon hobbling had more or less normalized.)
At Books & Books, the fantastic Miami indie bookstore, I got to see first-hand how involved Laurie is as a local children’s author. Over lunch I heard the backstory of her first Mallory book, we shared thoughts about future projects, and most importantly, we got to fill in some of the “metadata” about each other: body language, lunch choices, facial expressions in storytelling. Sharing a conversation over a meal. Laughing in person.

It’s not always possible for us to meet authors and collaborators, but it was such a treat to finally see Laurie’s infectious smile in action, see her enthusiasm for her community (both geographic and literary), and carry that forward into our continued work together. Here’s hoping we have the chance to meet again. Meanwhile, keep an eye out for the latest in the Mallory and April Sinclair series, and for more on the way! 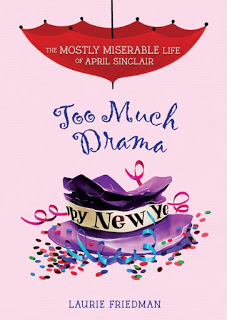 Have you ever wondered who invented the aquarium?

Here are some resources if you are facing banned b