Happy Friday! Congratulations to Evelyn Ames, who’s won the Inside Elections and First Step Nonfiction: Exploring Government series. Evelyn, send your address to publicity@lernerbooks.com and we’ll get your books in the mail. 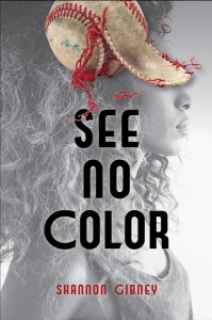 For as long as she can remember, sixteen-year-old Alex Kirtridge has known two things:
1. She has always been Little Kirtridge, a stellar baseball player, just like her father.
2. She’s adopted.
These facts have always been part of Alex’s life. Despite some teasing, being a biracial girl in a white family didn’t make much of a difference as long as she was a star on the diamond where her father—her baseball coach and a former pro player—counted on her. But now, things are changing: she meets Reggie, the first black guy who’s wanted to get to know her; she discovers the letters from her biological father that her adoptive parents have kept from her; and her body starts to grow into a woman’s, affecting her game.
Alex begins to question who she really is. She’s always dreamed of playing pro baseball just like her father, but can she really do it? Does she truly fit in with her white family? Who were her biological parents? What does it mean to be black? If she’s going to find answers, Alex has to come to terms with her adoption, her race, and the dreams she thought would always guide her.
Author Shannon Gibney shared the story of writing her debut novel in this guest post last month.
If you’d like to win See No Color, please leave a comment on this post (including your first and last name), or tweet this line: Free Book Friday! Tweet to win SEE NO COLOR by @gibneyshannon from @LernerBooks. bit.ly/1OrSN Make sure to check the blog next week to see if you’ve won!