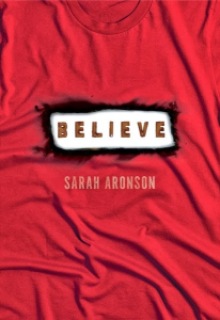 Congratulations to Lavada! You are the winner of Believe, Sarah Aronson’s new YA novel from Carolrhoda Lab!! Please send us an email to publicityinfo@lernerbooks.com with the subject line “Free Book Friday” and tell us your mailing addresses so we can get your book in the mail.

The air is turning crisp, Friday night lights are burning bright, and both the college and NFL football seasons are in full swing which means it’s the perfect time to giveaway a copy of Fourth Down and Inches: Concussions and Football’s Make-or-Break Moment by Carla Killough McClafferty! 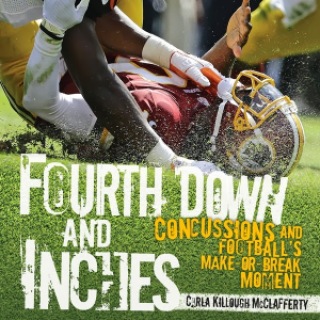 When the 1905 football season ended, nineteen players were dead and countless others were critically injured. The public was outraged. The game had reached a make-or-break moment—fourth down and inches. Coaches, players, fans, and even the president of the United States had one last chance: change football or leave the field.
Football’s defenders managed to move the chains. Rule changes and reforms after 1905 saved the game and cleared the way for it to become America’s most popular sport. But they didn’t fix everything. Today, football faces a new injury crisis as dire as 1905’s. With increased awareness about brain injury, reported concussions are on the rise among football players. But experts fear concussions may only be the tip of the iceberg. The injuries are almost invisible, but the stakes couldn’t be higher: the brains of millions of young football players across the country. Award-winning author Carla Killough McClafferty takes readers on a bone-crunching journey from football’s origins to the latest research on concussion and traumatic brain injuries in the sport. Fourth Down and Inchesfeatures exclusive photography and interviews with scientists, players, and the families of athletes who have literally given everything to the game. It’s fourth and inches. Can football save itself again?

We’ll announce the winner during Free Book Friday on October 11, so be sure to come back to the Lerner blog to see if you’ve won!

One thought on “Free Book Friday!”

Don't miss this article by @whitneystewart2 and Ha

Today on the Lerner blog we welcome author Dan Jol

#regram @order.out.of.chaos So what’s on the ag

The trees are bare and the snow is coming, but don

Day of Dialogue with @sljournal was a blast and we