With the exception of the Lerner blog, you should never trust what you read on the internet. Especially on April first. Every year, websites large and small play tricks, hoaxes, and lay Easter eggs all over unsuspecting internet denizens. It’s easy to forget April Fool’s day, and I will admit to having been bamboozled once or twice. Last year’s Google TiSP comes to mind. This year there were a number of memorable tricks, and one clear winner. I humbly present to you:
Adriano’s Top 5 Online April Fool’s Pranks of 2012!!!!!!111one

Toshiba announced three new tablets: The Oblong: Technology that’s come full circle, the Rhombus: More than just a convex quadrilateral, and the heart-shaped Amore: This is one heart you can play with. 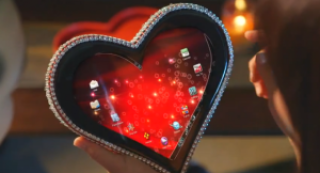 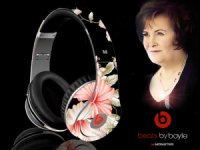 A number of tech sites reported Monster’s announcement of Beats by Boyle, Susan Boyle’s officially licensed studio headphones, as a real product. Touted as a special limited edition, the headset seemed real because it shared the same specifications as the legitimate Lady Gaga set that was released in 2011.

Because they’re both good and have certain feline similarities, #2 is a tie between two cat-themed pranks.

First up is the Kodak LIVEPrint:

“KODAK Picture Kiosks can now print Live Kittens.  Starting today, at selected retail locations, you can choose from 12 perennially popular breeds of Felis silvestris catus and have your own live, furry little of ball of cuteness printed right there – in store, in minutes!”

The second is CatBlock, from the guy who made AdBlock, a legitimate plug-in for Chrome & Safari that blocks advertisements from appearing on websites. On April first, AdBlock users were treated to pictures of adorable cats in place of advertisements. The cool thing about this prank is due to user demand, there will be a permanent CatBlock option for AdBlock.

Google always has good April Fool’s tricks, but this year they outdid themselves with the Google Maps 8-bit, which turned normal Google Maps into a Zelda-esque adventure map, replete with mythical monsters and low-res landmarks.

“In our pursuit of new digital frontiers, we realized that we may have left behind a large number of users who couldn’t access Google Maps on their classic hardware. Surprisingly, the Nintendo Entertainment System (NES) was unsupported, despite its tremendous popularity with over 60 million units sold worldwide.”

Here are some pictures of Minneapolis on the 8-bit Google Map for NES.

Introduce your students to #TraditionalNonfiction

April is the #MonthoftheMilitaryChild. We recogniz

Today on the blog, @iamleewind, author of the new