On March 25, 1911, a fire started at the Triangle Shirtwaist Factory. The owners of the factory had paid little attention to fire safety, storing containers of sewing machine oil near large bins of delicate cotton and linen fabric scraps that would burn more easily than paper. There was only one old, steep fire escape in the building, and it stopped two floors above the ground. Less than a half hour after the fire began, 146 of the factory workers – mostly immigrant women and girls from Eastern Europe, Russia, and Italy – were dead.

In the trial that followed, the factory owners were found innocent of any wrongdoing because the Triangle Factory had not broken any safety laws. Public outrage over this tragedy led to legislation requiring factories to implement improved safety standards such as fire alarms, multiple exits, and fire escapes. The fire also helped spur the growth of the International Ladies’ Garment Workers’ Union, which fought to improve working conditions for sweatshop workers. 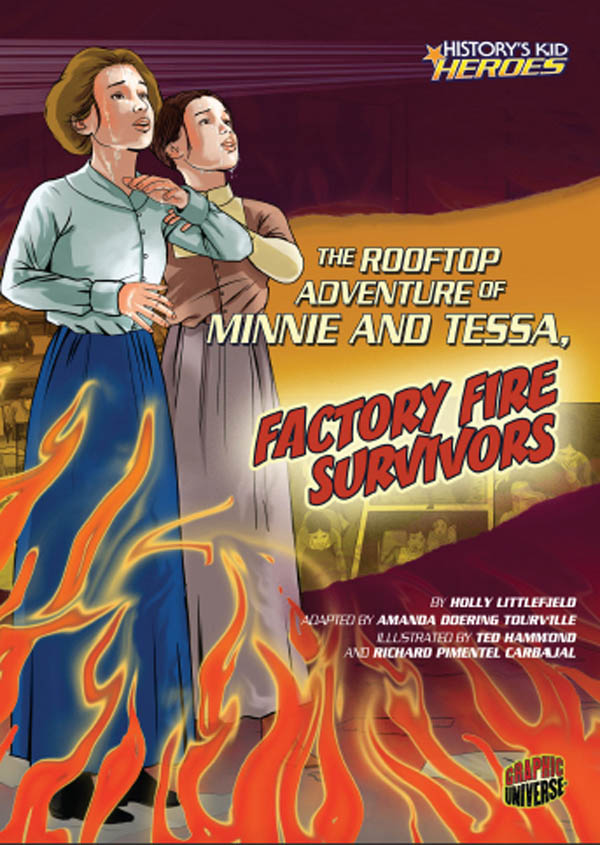 Part of Graphic Universe’s History’s Kid Heroes series, The Rooftop Adventure of Minnie and Tessa, Factory Fire Survivors tells the story of two fictional factory workers and their daring escape from the Triangle Shirtwaist Factory. Although Minnie and Tessa are fictional characters, their story is based upon the true accounts of real survivors.

We are honored to see UNSPEAKABLE by @caroleweathe

Today on the blog we talk with @nonieqa.ramos, aut

Learn how to help students grow as readers and as

Everybody should know their rights, including our

Help your students analyze the events of the past